In 2002, Cindy Pierce, the youngest of the Pierce clan, and her husband Bruce Lingelbach, bought the Inn from Cindy’s parents, Reg and Nancy Pierce. Bruce and Cindy have carried on with the fine tradition of hosting dinner and overnight groups at Pierce’s Inn. Between the wonderful guests and the cast of great characters who help host events and keep the Inn standing, Bruce and Cindy have created a welcoming community. An upside of living and working at Pierce’s Inn was that both Cindy and Bruce shared in the daily projects and raising their three kids. Zander, Sadie and Colter Lingelbach-Pierce had the good fortune of having both parents involved and opportunities to help keep the place running. Before taking over the Inn, Bruce was a ski racing coach at Dartmouth College and Cindy was an elementary school teacher. He is still involved with the Ford Sayre Ski Club as well as the local mountain bike race team. Cindy’s career as an author, speaker and comic storyteller has become more full-time, but she still has an active role at Pierce’s Inn. For more information on Cindy check out her website cindy-pierce.com

Bruce and Cindy do all the cooking and most of the housekeeping at Pierce’s Inn. With a keen interest in cooking before they started inn keeping, they have honed their craft with the thousands of meals they have served in their years of running the Inn. The Lingelbach-Pierce children now in their early 20’s are in college and out in the world but they are wonderful assets to the Pierce’s Inn project, spending time and helping out when time permits. 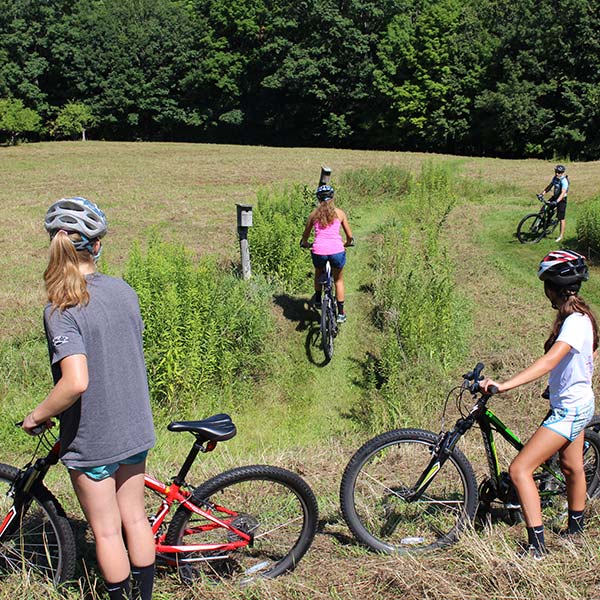 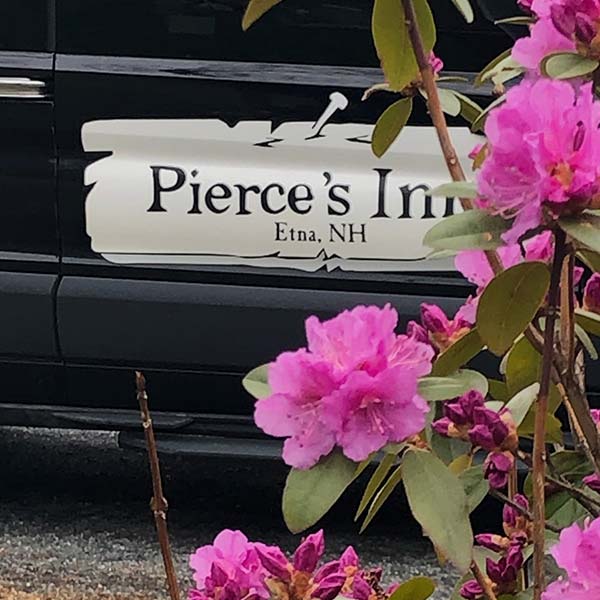 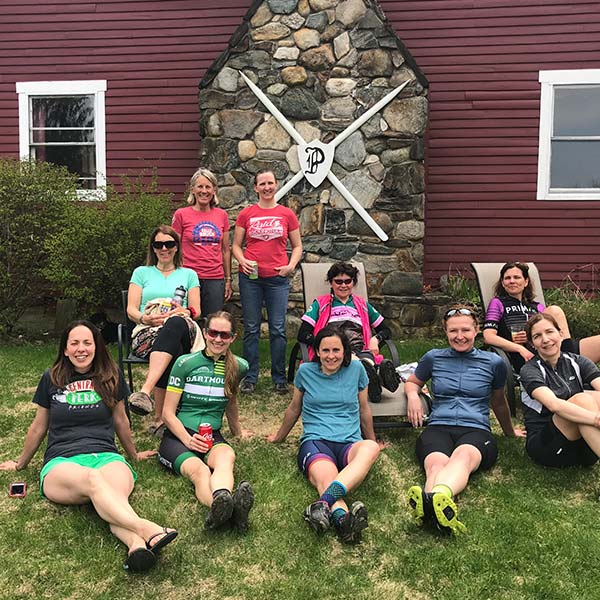 Pierce’s Inn was originally called Keenes Lodge, owned and run by Bob and Louise Keene from 1946-1962. Bob Keene, Dartmouth Class of ’30 became a professional photographer. After growing a commercial photography business in NYC, Bob and Louise grew tired of the hectic life of the Long Island suburbs. In the winter of 1946, Bob bought the 200-acre Jones Farm on Dogford Road and started construction on the barn house that summer. The family and their hired building crew lived in army surplus tents all summer while the main barn house was constructed. By 1947, Bob and Louise moved their family up to Etna permanently.

Louise and Bob had generously hosted friends and their friends during those first couple years. Louise Keene felt it was time for a little compensation from these folks. A porcelain pig was the original cash box and the concept for the guests lodge was in place. Keenes Lodge expanded and was open for business soon after. Some of the early clients were skiers who came up to take part in the Ford Sayre ski schools held at the college slopes. Seeing this, Bob and Louise decided to build their own ski hill on the back hill. The 900′ rope tow was installed in 1949. Skiing and the “ski school” (camps for kids during school vacations) became a significant aspect of the business.

The Keenes sold it to the Damians who ran the lodge for one year. In 1962, Marge and Harry Ashley bought the Inn and moved in with their seven children. They operated the Ashley House for almost nine years. In 1971, Reg Pierce (Dartmouth ’46) and his wife Nancy bought the Inn and changed the shingle to read “Pierce’s Inn.” Reg and Nance had frequented the place for Reg’s class reunions and had sent their kids to Ski School over the years. Reg and Nancy were ready for a change from their suburban life of Greenwich, CT. Reg resigned from Compton Advertising in NYC and moved the family to the Inn in Etna, NH.

Pierce’s Inn was a popular spot for various Dartmouth group functions such as class reunions, team banquets and retreats. In the summer, weddings and family reunions kept the Pierce’s busy. In the winter, they continued with the ski school and ski weekends with the Pierce brood of seven children providing ski instruction. The rope tow was removed in 1980 when it became too much maintain and liability insurance costs went through the roof. The rope tow is gone, but the trails are cleared, and friends, family and guests enjoy hiking, snowshoeing, skinning up and skiing down.

In the fall of 2002, Reg and Nance sold the business to their youngest daughter Cindy and her husband Bruce Lingelbach. Reg and Nance moved into the chalet next door and handed to the reins to Bruce and Cindy who had three kids under five at the time. Reg was proud to see the business would continue before he passed away in 2003. Big Nance lived next door for years, working at the Hanover senior center, playing tennis and bridge and keeping an eye on things here at the Inn.